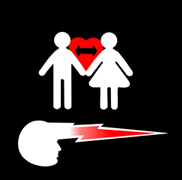 Gnosis means knowledge. But we are not referring to just any knowledge. Gnosis is knowledge which produces a great transformation in those who receive it. Knowledge capable of nothing less than waking up man and helping him to escape from the prison in which he finds himself. That is why Gnosis has been so persecuted throughout the course of history, because it is knowledge considered dangerous for the religious and political authorities who govern mankind from the shadows.

Every time this religion, absolutely different from the rest, appears before man, the other religions unite to try to destroy or hide it again.

By recovering and uniting the scattered fragments, Primordial Gnosis can be reconstructed and brought to the world once again. This book is a complete synthesis of the forbidden theology of Primordial Gnosis. 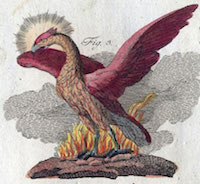 This website is not a bad explanation of Gnostic Luciferianism for those interested. Many popular but "mysterious" systems are based on these ideas, such as Sabbatic/Crooked path stuff and 182/218 current stuff, and other left hand path/gnostic currents. These are pretty clear terms and gives the basic "cosmology" and terminology that makes these systems easier to learn, such as why Cain is revered, what the sources are (the Gnostic Gospels, for example), and that "Satan" is really just a context-dependent title, etc.
Only right reflection and right meditation can free you - Ananda Metteya
Top

I just awoke from a nap and found this here.
Thank you for sharing it. I will probably come back to it.

I recognized the "VITRIOL" signature as a Magickal Formula.
I haven't bothered with them much. The only one I have memorized
is ARARITA. I was quite obsessed with it for a time. During the Rituals
of Netzach.

NeoFaustus wrote:
Every time this religion, absolutely different from the rest, appears before man, the other religions unite to try to destroy or hide it again.

This isn't historically correct. There are no "one" gnosticism. It's a modern term we use to classify many different sects. And the reason why we know about them is because they existed for a very long time.
Compared to the Cathars, most gnostic sects had a fairly problem free life.
Beginners Book List
http://www.occultforum.org/forum/viewto ... =2&t=39045