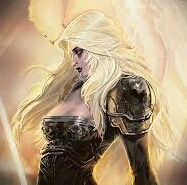 I volunteered in another thread to begin an Angel Magick study group for beginners, teaching the basics of what I know about Angel Magick. I believe this is most suitable for absolute beginners, however, all are welcome to join in, of course. I myself will be focusing on the actual practice of Angel Magick, and will not delve into things like the history of Angel Magick, even though it has a rich history. My goal is to communicate information in a manner that is as simple as possible, yet covers the basics.

Angel Magick is defined, on a basic level, as "the art of communicating with Angelic beings". According to the Christian tradition, Angels are divine beings that God created before he created Adam and Eve. Angels were assigned to rule over the stars, the planets, different regions of the earth, etc. An "Angel Magus" is a person who practices Angel Magick.

The foremost principle of Classical Angel Magick is that humans can control angels through magick. The second most important principle of Classical Angel Magick is the belief that certain words, especially the names of God, have the power to force Angels to obey the will of the Magus. The Hebrew Cabalah teaches that the name of an object is bound with that object. To know the true name of a thing is to be able to control that thing completely. According to Classical Angel Magick, a human armed with sacred words can control the most powerful Angels in heaven, depending on th skill of the Magus.

1) Consecration. The Magus builds a temple in which to practice the magickal ceremony. In most cases, this consists of a magical circle marked by holy names.

2) Invocation. The Magus invokes the highest level of the Godhead, thereby raising his consciousness.

4) Conversation. The Magus records his interactions with the Angel.

5) Dismissal. The Magus dismisses the Angel and/or sets it out to perform a task.

These five essential elements can be found in nearly all grimoires of Angel Magick.

In addition to the five basic steps of Angel Magick, there are five major elements that appear in almost all Angel Magick grimoires. They are as follows:

1) Incantations. The Magus chants a series of divine names that compel the angel to appear.

2) Weapons. Magickal weapons are mainly for use with fallen angels. Staffs, swords, etc.

3) Scrying. To see and hear angels in a black mirror, incense smoke, etc.

4) Talismans. A talisman is an object that is energized with each angel's unique form of divine energy.

5) Incense. Believed to give the Angel something out of which to construct a temporary material form to interact with the Magus.

In the "New Age" school of thought, Angels are divine beings who want to help you in every area of your life, and needn't be compelled by anything (except your permission) to do so. Rather than controlling Angels through magick, one asks Angels for help through magick. There are many ways to ask Angels for help, mainly (but not limited to):

The Angels stationed permanently by your side are called Guardian Angels, and it is believed that everyone is assigned at least two.

Unlike Classical Angel Magick, New Age Angel Magick does not require rituals or ceremonies or anything like that, and Angel communication can be done quite casually, although you're certainly welcome to incorporate ceremonial magick if you wish.

Throughout my installments here, I hope to introduce a combination of Classical and New Age Angel Magick (about 20% Classical, 80% New Age), which is the blended system that I use. I will not go into how to work with fallen angels or demons, because I have never personally worked with those entities.

Throughout my postings here, I will introduce:

Note: What I write is based off the system of Angel Magick that I personally use. What some others say may differ, but in my experience, it works fine. I hope to learn a lot from this study group, though!

- Angels 101 by Doreen Virtue
- Angel Magic by Geoffrey James
- Myself
"The Way is not in the sky. The Way is in the Heart." - Buddha

Hello, all. I apologize for not updating this thread sooner, I have been away for a while. But now I am back, and I want to get into the properties of angels and archangels and how to communicate with these angels using new age techniques. I will cite any sources below so you can know what to read to get a more in depth understanding.

"Kabbalistic teaching informs us that there are 72 angels who are inhabitants of ten sephiroth, with twenty-two paths interconnecting them; this is the Tree of Life. These Angels are what is often refer to as the Guardians Angels, or Teaching Angels, who we can invoke, pray or appeal to, and who will carry our messages and pleas to God. Once you have contacted these Angels they will awaken your consciousness to the presence of the divine that already exists in each of us" - Magical Cornucopia

You can read about the brief properties of these 72 angels here: http://www.archangels-and-angels.com/mi ... angels.htm

Read carefully through the list and decide which angel you want to contact before moving on to the nexr exercise.

1. Raise your vibration by meditating with eyes closed, sitting in lotus position, with hands in enlightenment mudra, while practicing pranayama (example: deep breath, hold 10 seconds, deep breath, hold 10 secondd, etc. - find s technique that works for you). Then after about 10 inhalations, place your consciousness above your head in the crown chakra, eyes still closed. "See" the room around yourself.

2. Place your consciousness on your brow or third eye chakra now, gently moving it back into your head. Now its time to rely upon visualization skills. Visualization is in this instance a tool for helping us access different parts of our mind, for example, the subconscious. Visualize yourself standing on a beach with a thick fog bank to your right. In your head, sit and meditate upon the name of the angel you wish to contact. After about five minutes, get up and slowly walk into the fog bank, still concentrated on the angel's name.

3. As you walk through the fog, it gets thinner and thinner, as if you are passing through a wall of fog. The angel you requested awaits you on the other side. As I taught In my spirit keeping tutorial, focus on a being draws that being to you.

Much simpler than method one is, you could simply meditate upon the presence of the angel of your choice and open yourself to telepathic communications from them. Some people will find this easier, some people will find visualization easier. Magick is highly personal.
"The Way is not in the sky. The Way is in the Heart." - Buddha

This is a very interesting thread, please do continue. I'll be watching to draw parallels for my demonology needs. Specifically, I classify all "angels and demons" into the single demon-class species of Universe Moderators & Observers, after all.
on hiatus. contact via elsewhere.
Top 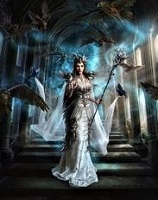 I agree this is interesting; at one time I used to do a lot of what you're calling New Age Angel Magick. I liked Eileen Elias Freeman's books. She is a Catholic, however I don't think occultists would be put off by anything she says. She said her guardian angel ( and two or three others) had dictated a very long book to her but I couldn't find a published version unless I missed it when I searched. It was apparently about the Pilot Programme which was a plan for steering human beings more and interacting with them more in the 20th and 21st centuries.

I don't agree though that the magus in classical angel magick commands the angels and sends them out on tasks. I believe that if we were to do this the angel would call on the help of other angels to wriggle out of the obligation, simply because human beings will give the wrong kind of commands that can lead to trouble, so they make sure they remain in the service of angels higher up in the hierarchy or of God in the monotheistic systems.
See my blog for micro-fiction, poems, a few weird articles and links to my books: https://candyrayblog.wordpress.com
Top

As I am a complete beginner in just about every aspect of the occult, I find this extremely interesting. My first thoughts on the subject (without having an actual background in it) is to use New Age Angel Magick as often as possible but have knowledge in the Classical ways in case something should go awry, but again, the only background I have in this is what you posted.
Top
Post Reply
5 posts • Page 1 of 1