Wikileaks on the upcoming TPP, TISA and TTIP

Wikileaks on the upcoming TPP, TISA and TTIP 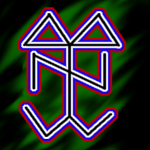 Succession of power throughout human history...

The international economy is such a fragile thing. It takes economic cooperation for growth, not war.

International Law is comprised of 2 things...

1: Treaties (Only applicable to the "International Persons" who signed and ratified said treaties)

2: Customary International Law (Again, only applicable to "International Persons", and ruled on by courts with jurisdiction as agreed by both parties involved in any dispute)

International Persons: A state, or an IGO (Intergovernmental Organization)

The most powerful IGO's in the world now depend on the operations of multinational corporations for economic security and stability. Its in the best interest of the people and their government to support corporations which have solid foundations in social responsibility.

Consumers give the corporations their power when they purchase their goods and services. Corporations that don't take into account social responsibility or value their relationships with their stakeholders lose their customers and their power.

Its in the best interest of the corporation to satisfy the needs and interests of all their stakeholders, not just the shareholders. This is a philosophy thats been proven by many of the brightest minds in business and demonstrated in the earnings reported.

People often forget that the most powerful corporations in the world are actually publicly owned and traded.

Thats probably why treaties like these are being worked on. I bet they are "secret" because they haven't been signed or ratified by any single nation yet.

Oh, and for the record; treaties and customary international law has no jurisdiction over individual humans. So.... there's that. The point is to protect a nation's sovereignty and right to participate in international relations.

Conspiracy theorists have really matured in the past 10 years.... The reality is the people working at the levels these people are talking about are probably smarter and more passionate about their work than most consumers of conspiracy theory realize. Its comfortable and easy to assume you can throw the football better than the quarterback on TV, but the reality is if you could then you'd be getting paid to do it instead of him.

The other factor is that the majority of people in this world are more concerned with their next meal, concert, or pumpkin spice latte then whats happening at the international level. This isn't by design as the conspiracy theorists like to claim, but because life isn't easy. Human relations is a problem we've been trying to solve since the dawn of time and while we've come a long way, there is still a long way to go and it takes a lot of work, study, travel, and investment to even get to a point where you can speak to it as an individual and possibly provide value to a legitimate discussion.

I highly recommend you watch the video in my previous post in this forum...

Its a good review on global systems theory and how international relations/political science is looking at the world now.

Hegemony comes and goes, the US's hegemony is over (the key players both acknowledge and understand this)

Cooperation among states is mandatory for success and growth (Economic cooperation, not war)

Sustainability is a problem for everyone (greatest for china)

Another huge issue for multinational corporations is how they protect their investment in foreign states.

As of right now, according to international law, every state has the right to nationalize pretty much everything within their borders.

This doesn't exactly generate a lot of foreign investment in developing states who desperately need the investment, but won't give up any sovereign rights to get it. While the heads of state babble, their people go hungry.

I bet these treaties attempt to provide more protection for multinational corporations in order to facilitate the development of states that desperately need it, but have no "credibility" in the international economy.
------------
The Only Constant is Change
--------------
1. What is a Magician
2. The Human Experience
3. The Jail, The House, and The Temple
--------------
Magari vs Illuminati Conspiracy Theories
Top