I have to say I've been a big fan of Jordan Peterson for quite a while. it was great to see someone else up the same intellectual level, ie. Bret, who also had some good constructive criticisms of some of his concepts. What they mostly seemed to agree on - Fascism is one of those amoral tendencies buried in our genome that pragmatically served cultures in the past, if we consider survival the gene's 1st directive by design, and that a lot of what happened in WWII Europe, whether with Hitler or Mussolini, was such an atavism and glaringly so with Hitler's final solution.

You don't have to do a thing perfect, just relentlessly.
Top

I'm reluctant because I see these guys constantly getting roasted in leftist circles. They seem to be right wing intellectual figureheads, is that a fair assessment? Even Joe Rogan seems to be leaning to the right these days.
Awake from sleep! Remember you're the son of a Great King, see to whom you're enslaved!
Top

chowderpope wrote:I'm reluctant because I see these guys constantly getting roasted in leftist circles. They seem to be right wing intellectual figureheads, is that a fair assessment? Even Joe Rogan seems to be leaning to the right these days.

That really depends what you mean by right wing. If you believe that gender is completely fluid, that it's fully a social construct, or that there's no such thing as evolutionary atavism that drives human behavior - then you'd have every reason to put these guys in the right-wing camp as their clearly not in favor of postmodernism, social constructionism, or neo-Marxism.

There's also the question of whether you believe that listening to opposing views helps you understand and bridge difference with the other side or if, contrary to that, you believe that there's no such thing as fundamental truth, that everything has infinite interpretations, and thus all there is is power struggle and no other reason to listen to a differing opinion other than to give them victory over you if they make sharper points. if the later is the case then that's another situation where, by the fiber of convictions, you should never listen to the points of someone you'd disagree with.

I really hope none of that sounds hyperbolic, people really seem to be thinking in these ways and I'd really rather be neutral and say some people will appreciate this interview - others will hate it. I wouldn't force a devout Muslim to listen to Sam Harris, and similarly I wouldn't force a postmodernist or social constructionist to listen to these guys - for largely the same reason that I'd have to consider an offense of religious conviction an one that the person in question wouldn't learn a thing from.
You don't have to do a thing perfect, just relentlessly.
Top

Can you please tell me, would they consider transgenderism to be a mental illness?
Awake from sleep! Remember you're the son of a Great King, see to whom you're enslaved!
Top

chowderpope wrote:Can you please tell me, would they consider transgenderism to be a mental illness?

I don't believe so. I think the last time I heard someone say something like that it was Ben Shapiro talking about pre-transition and post-transition suicide rates being roughly 40%. This is the first interview I've heard with Eric Weinstein, I can't say anything out his beliefs past what I've seen in this video. As far as Jordan Peterson is concerned I don't think he looks at it as a choice and he's said often that he's more than happy to call someone whose transitioned from one gender to the other by the gender that they've obviously transitioned to. His particular problem I believe was how badly Bill C-16 was phrased, partly for legal coercion without accountability and also I think agreeing with Gad Saad that the langue of the bill leaves a wide open vector to suggest that teaching biology according to current scientific findings could be illegal under the bill's language.

Given that though I'm going to make a suggestion - if you're dedicatedly left - don't watch it. I wouldn't force a Muslim to listen to Sam Harris, Richard Dawkins, or Bill Maher. Similarly I wouldn't force a leftist, particularly of the pro-intersectionalist flavor, to watch Jordan Peterson, Gad Saad, or even Jonathan Haidt. They're both religious worldviews, complete with doctrines and dogmas, and it would be pig-headed of me to think I could proselytize someone out of a religious viewpoint.
You don't have to do a thing perfect, just relentlessly.
Top

I don't know if this video from Ollie Chadra would be helpful at all, I could tell you that Therin Meyer is also on his side although you make consider her and Blaire White too far right of center.

https://www.youtube.com/watch?v=P0w7FOJaYNI&t=358s
You don't have to do a thing perfect, just relentlessly.
Top

Cool, thanks for explaining. I like to try to understand the views of people on the right, concerning the hot topics that they like to discuss, but often it's so inflammatory and insulting to people that I just end up getting mad. This Jordan guy doesn't sound too inflammatory though, so maybe I'll check it out.
Awake from sleep! Remember you're the son of a Great King, see to whom you're enslaved!
Top 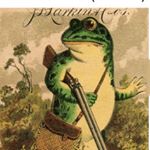 I could listen to Jordan Peterson talk for hours. He's brilliant.