Help,advice and discussion on Sleep Paralysis. 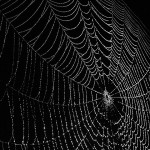 I was very tired yesterday night and lied down on my back. Entering in a lucid, hypnagogic state I felt it was hard to breath, as if someone was sitting on my chest. I felt hands on my waist and a draining of my chi. I was also paralized. With a big amount of will I managed to wake up and it stopped. But as soon I was going back to sleep this occured again. After three or four times I decided to get my magical dagger and to sleep with it. It did not happen again.

All of this is very simmilar to other accounts of incubus/succubus attacks, but psychologs says they are physiologic hallucinations occuring in the hypnagogic state.

What do you think? Is it in any way astral beings or is it merely psychologic?
Frater E.L.M.W.O.O.D.S.

Are you awake? If your answer is yes, you are sleeping.
Top 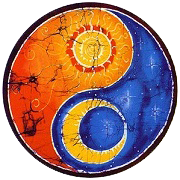 What you described is text book sleep paralysis. While it was linked to succubi/incubi in earlier times (and perhaps even what inspired the concept), these days it's more commonly thought to be a malfunction of the system than stops the body from moving around too far in your sleep, with it kicking in before you fully drift off or staying in effect after you wake up, causing the inability to move and the crushing sensation.

It happens to me occasionally too, and while it's uncomfortable and irritating, I've never felt it has any particular occult significance.

If it's happening to me repeatedly when I'm trying to sleep, I go to another room, turn all the lights on and do some other activity to take my mind off and it and kill time for half an hour or so (books, video games etc are good), then go back to bed and sleep normally.
"The path of the Sage is called
'The Path of Illumination'
he who gives himself to this path
is like a block of wood
that gives itself to the chisel-
cut by cut it is honed to perfection"

There would be obvious real world implications if it was a succubus (failing health generally), but you have to welcome a succubus to you and if you wished for it you probably wouldn't be curious about it. A succubus cant do anything if you dont want it and it seems like you dont want it to happen. Like I'd give anything to get laid could get the attention of a succubus.
Top

Rin: We still have very little understanding about what sleep paralysis actually is. I've had it my whole life and have had a wide range of hallucinations. I have a far better understanding of it than any doctor and have learned many things about it but its still a big mystery to me.
Top
Post Reply
4 posts • Page 1 of 1