I provided the account of the paths to an acquaintance yesterday - telling her to observe the flame of spirit in her heart while she read the path descriptions.

She said that her flame of spirit became noticeably larger when she read the Path of Earth Service.

>I prefer, most of the time even insist, on boundaries in all of the existence.

An interesting proposition - like a playing field having boundaries?

In my somewhat misspent youth I sat through quite a few geometry lectures. Non-Euclidean geometries often have "the line at infinity" or some equivalent. So geometers are very familiar with unbounded systems.

In my computing days the limit on the number of dimensions managed was merely the limit imposed by the programming language.

What if Beingness is unbounded and only manifested Existence is bounded? Perhaps it is worth asking Existence what It experiences.

If you are part of the Source of All, do you share in Beingness?
Top

So being experimental, I went for a look at the edge of Existence and it does not seem to have a fixed edge. The pulsations of Beingness appear constantly to modify Existence.

I suppose that is proper if Existence is the result of Intent.
Top

It's all just a matter of perception, I personally think if my reality seem infinite, and infinite not in figurative sense, but literally, then it's very likely I'm simply stuck in a very finite "bubble", and fallen to the illusion of infinity..

..Other times, in certain states and places, we can generate "immediate reality" seemingly in to "infinity", procedurally generated realities, all thanks to massive creative capacity of our mind..

.. But looking closer, the second varient is actually simply more elaborate version of the first one, "procedurally generated reality" is always finite, always only stretching as far as one can "see".

> it's very likely I'm simply stuck in a very finite "bubble", and fallen to the illusion of infinity.


Glamor is said to be a symptom of the astral plane and illusion an artefact of the lower mental plane.

Can you shift your perception to a higher plane to see if the illusion remains?
Top


Glamor is said to be a symptom of the astral plane and illusion an artefact of the lower mental plane.

Can you shift your perception to a higher plane to see if the illusion remains?

Well yes, only when we shift to "higher planes" is when we actually can perceive, realize how finite our previous reality was. And this new one might look now really infinite, but only until we shift again, intentionally or accidentally, to even higher planes.. But after "shifting higher" few time, at some point, one have to ask him/her self, how much of the universe is enough, because every time we shift, it "grows" exponentially. Well not the universe it self, but rather our awareness, our "horizon", how much of that universe is accessible to us grows, but how much is enough?
Well for me, right now I reach plane from which the universe that is accessible to me, worlds I can visit and see, realities and existences that I can explore and experience is beyond any quantifiable number, seems more than enough for millions of years. It doesn't matter any more if it's not infinite, it's simply large enough for the forceable future, for me personally. It's like a playground that stretch for thousands of light-years, in more than 4 dimensions.
Even if past experiences would suggest there are always to be some sort of boundaries and borders, the finite universe I'm able to perceive and explore now is simply large enough for me. 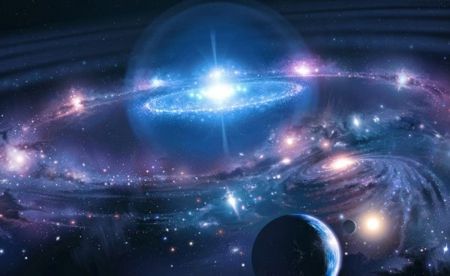 On the issue of brain vs. consciousness... I fall (strongly) into the camp that the brain is not one and the same as consciousness. Or rather that either can exist in the absence of the other.

I have many many reasons to think so. Some stemming from personal experiences, some from deductive/indcuctive reasoning, some from tidbits of scientific discovery. Very notably though, I do not think that this implies an "immortal soul" or any other such comfort-fodder. There may be such a thing. I think there is something kinda like that ...ish. But my view of consciousness is not geared towards any such goal-oriented self preservation minded paradigm building. A does not prove B, therefore my thoughts on A are not geared towards any hopes or aspirations regarding B.

One example would be precognition (in exacting detail), which for a 3D+Time fleshy computer is a causality violation. Another would be the discovery that signals can travel across the brain at a speed which is greater than the conductivity of neurons allow. Another would be observations about astral travel, OBE, lucid dreaming, and the nature of consciousness in such states as distinct from the nature of consciousness while awake, or in deep meditation for that matter. Also, I find that personally I "feel" like I outsource tasks of the mind kinda 'off site'... eh, i'm describing that terribly.

Actually this kinda highlights the importance of meditation in a path, as it kinda familiarizes the consciousness with some of the boundary layer aspects of it's self awareness and existence. Possibly even to the point of differentiating between consciousness as it exists enchanneled by the brain, vs. it's more raw form.

I'm sure if pressed, those who were brain dead but had memories of that time, would describe their experience as "dream-like". Like, I'm so sure that I'd be truly shocked if they didn't describe their memories that way. Perhaps lucid, but definitely dream-like. If I'm wrong on that detail, then I'd really like to know and investigate further.

I would suspect that while in such memories, they would have a minimum of active thought. Like if they see the nametag of a nurse attending their 'body', they likely would not think "oh Lucy, my aunt was named Lucy, she loved cats, I wonder if this nurse likes cats?". More an experience as a 'silent observer', or perhaps taken with a single emotion. More likely just perceiving, while being relatively calm themselves. Again if i'm wrong, lemme know


Regarding photographic memory, nobody has full time photographic recall of everything. Meanwhile anyone and everyone can recall something they've seen. So the reality of photographic memory is more a matter of degree, than a Y/N special ability. I would arguably be said to have a photographic memory. Although I don't feel like I have a 'great memory' really. More that I'm much stronger (cognitively) in the visual realm than in lingual or auditory. Gimme a visual or artistic task, and I just go into the 'zone' and it flows like water. Ask me to write an essay, and I just draw a blank, and I have to use training and discipline to kinda force a coherent result.

I have used the technique of burning a photographic image of test notes into the mind, for use on a test. Not reading the notes, but staring at them as shapes on a piece of paper, and kinda burning the image into the mind firmly enough that I could read from it later while taking a test. This doesn't work worth a damn for a novella worth of notes, but is great for a smaller amount of notes like for a pop quiz, or equations for a math test (and abbreviated shorthand is helpful). Worth noting, your eyesight is only high-rez near where you focus your eyes, so you need to move your eyes around on the page to take it all in with sufficient detail to read from it later. You can imagine the difficulty in reading notes if your eyes were frozen at one spot on a page hehe. I don't remember any of those pages 'now'. I think memory is extremely dependent on regular use and repetition to maintain a sort of 'priority status' and avoid being written over (that's a scientific sounding wild guess though).


Cerber wrote: ↑Fri Mar 05, 2021 3:00 pmIf a young "great one" say "I'm boundless" that is fine, it only means They are still searching for their purpose, their form, their place in the greater universe. But if an old "great one" say the same thing, more often than not, it only means they are not being honest, and they say this or that not because it is so, but only because this or that is what they want/need me to believe to advance their personal objectives.

out of curiosity, what about someone who believes they are boundless theoretically, but lacks the visceral experience evidencing it, and is intellectually bothered by the disconnect?
then again, any thought starting with "I" shows individuation, which is not really a boundless sort of thing

>I kinda think the brain acts as a sort of... how to put it... lightning rod for consciousness?

I have observed some cases of intense autism. The brain is unsuitable for the flow of energy/light used for consciousness.

In severe cases the flow of light anchors at the back of the heart - waiting for the brain possibly to be cleared of contaminants - usually Aluminum.
Top
Post Reply
58 posts

Return to “Dreams and The Unconscious”