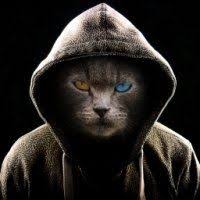 Hello everyone, a few months ago I bought a mysterious ring with the portrait of a man surrounded by alchemical occult symbols. Doing some research I then discovered that the portrait is of the occultist Eugene Grosche, founder of the Fraternitas Saturni, and I know that there is a spell linked to this ring according to which reading the symbols a certain order unlocks a power linked to the ring. Do any of you know this spell? Thanks for your help 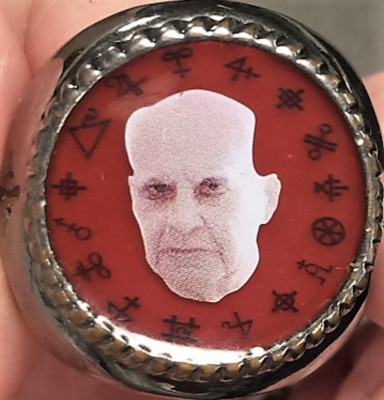 >founder of the Fraternitas Saturni

For some billions of years the Logos of Saturn was very unhappy/rebellious and used a wide variety of entities to propagate Its campaign.

That campaign recently ceased when the Logos of Saturn was moved out of this solar system.

I suggest that the human supporters of the departed Logos of Saturn may need to find a more current rebellion.
Top

Hi, I thank you very much for your reply

I know that some of these rings were found about 5-6 years ago scattered in different parts of the world, some were sold in vintage shops, others found on the street or unearthed from the ground. Perhaps this is what you mean by the deceased Logos of Saturn? When I wear this ring I feel that it has strong power, it almost feels like protection and it seems to me at times that it helps me find what I am looking for like by making it appear out of nowhere. And for this I would very much like to be able to know and unlock the spell linked to its symbols.
Top

There is a common concept of Earth Mother - a vast elemental that operates/ensouls the planet on the denser levels.

At a much higher level is our Planetary Logos that uses this planet as its body of incarnation.

Just like humans, a planetary logos may have relationship and self-image issues. The Logos of Saturn was one such - being particularly rebellious and adversely affecting the solar system for perhaps 2 billion years.


A few years ago, as I observe this 3D timepath, the Logos of Saturn was replaced with a radiant and softer Logos, and both the planet Saturn and the solar system are cheering up.

How will the Fraternitas Saturni survive now that their patron has been moved to another galaxy? Perhaps they will be reborn in that galaxy. Better perhaps to go with the flow and accept that this solar system is stepping up in the cosmic family.
Top