You start with the simple things like smudgings, washes, egg cleansings, shield maintenance,

What are egg cleansings? Shield Maintenance? Where can I learn about forming a shield? (If it's simply a protective boundary as I think it is) Is there another thread I missed regarding these things?
Top

RaineAshford wrote:I admit it was a mistake to invite attacks, but I was testing a new countershield.

Then... why did you not ask some trusted people to test it by some controlled attacks, that can be recalled immediately once ascertained how effective the shield was? You don't ask for random people to attack you when you are using an untrusted and untried shield

That's a bit beyond a beginners mistake to me. A beginners mistake, to me, is something like forgetting a key aspect, such as forgetting to focus energy all around you rather than just in front of you for a shield, or getting mixed up with some key components in a spell, forgetting to close a spell, or overcompensating in energy in a base structural spell which causes it to collapse in on itself, or even using too much from your energy reserves rather than using from the environment around you.

Making a general "come at me bro" at unknown strangers with unknown skill and ability to test a shield is more of a mistake of arrogance and a sense of grandiose. However, it's one that is easily made, which is why it is recommended that you adopt a certain mindset as your skills expand. One that is, no matter what you do or discover how to do, no matter how strong you get to be, that others are already there and know it, and that the next person is probably stronger than you and has more knowledge.
Time is but an illusion in perception and is only perceived to pass by at the same moments together for us all... which is, quite frankly, me saying to not expect from me in a timely manner!
-I am but a simple wanderer... Though I may be gone for immeasurable time, always do I return.
Top

Why in the world would you invite trouble? I'd have someone I trust just send an emotion or something in the form of energy just something harmless to see if it at least works and perform a few more test slowly working up to something bigger. However that's because I'm a bit of a scientist with magic I would want to learn how and what some attacks feel like. Not just block it but realize it as well and to see someone just invite trouble form an untrustworthy source. I just don't see it to be honest and the story line from what I have seen is rather odd and shocking to me. I don't even like giving out my birthday or images online and you invited trouble like it would just bounce back. Not even considering the possibilities of biting off more then you can chew. Also I thought the spirit or being was before you started in occult now it's almost like your agreeing that the attack and the request are related. I'm not judging please don't get offended I'm just confused and shocked. If I misunderstood something let me know and I will except my fault but honestly who does that? Do you see how serious this is?
Top

Raine is a bit odd and reckless, Dalovey, having her own ideology and an over confidence that comes from a lack of experience with bigger things than her. She's learning, but you'll have to be patient with her. [razz]

Shinichi wrote:Raine is a bit odd and reckless, Dalovey, having her own ideology and an over confidence that comes from a lack of experience with bigger things than her. She's learning, but you'll have to be patient with her. [razz] 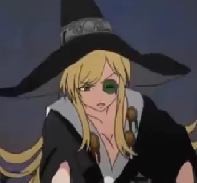 Seems like it was a lesson from Magick. It had to happen so I'd learn my next ability. Now I'm starting to see colours and blurry shapes in the future. I'm beginning to develop future sight. 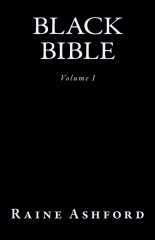 The vehicle for your magickal power or will is the nervous system. There are many ways to improve and strengthen the nervous system, meditation being one of the most powerful. When you become sufficiently advanced in meditation you won't have an overbearing need for counter-spells and all the rest.
Top 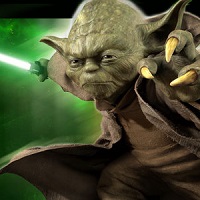 I suggest doing root chakra work with mantras and you can do the rin mudra of ninjitsu like interlock all fingers but the middle one with them extended and the necronomicon recovery of potency spell on page 111 of the simon necronomicon and be careful with that cause you don't feel it return if your not sensitive to energy and you should say the incantation 7 times with hands clasped once at night once at day.
Top
Post Reply
33 posts