Glad to be here with you. I’ve been reading a book on ‘Protection and Reversal Magick’. I’d appreciate some help on a few topics, if you are so kind to provide it:

A) Amulets, talismans and charms. The book recommends silver as a protective element, using a cross specifically. There’s even a ritual to charge the cross for the best result. On the other hand, it also suggests a Triskelion with the Gorgon’s head on it. The triskelion would be my favorite, but well, having been baptized and the fact that crosses are much easier to find in my country, I got a cross. Can I sleep, shower, etc with it? Practicing some yoga positions with a necklace is going to be difficult [rofl] . Please, comment the best practices you follow when dealing with amulets, talismans and charms, best materials, etc. (I’d even like to sew a magic formula/symbol in my clothes, if possible).

B) Horseshoes and iron objects in general. The book says it disrupts connection to spirits. I’m not sure it means both positive and negative influences from the spiritual world. If you know something about it, please do tell.

C) Iron nails in door frames. The book suggests it protects you. Placing an egg on the altar is supposed to absorb any bad vibe sent towards you.

Explaining the reasons behind asking about these things would take many pages, but let’s say that many things happened (one after another) that made me think that something was wrong. I intuitively bought a deodorant with vervain knowing practically nothing about this plant. I also had a dream where a foreign person was cursing me in my own native language. I know that person, and she knows nothing about my native language. I found out she will be traveling to my town very soon for some reason.

I dunno, if you want to share some advice, please do. If you have a special quiz to check if a guy is hypochondriac and paranoid at the same time, I’m willing to take the test. I feel much better now, after taking a salt bath with vinegar and some ammonia and specially after wearing the silver cross. Sometimes I felt I was not alone in the room. Sometimes I felt disoriented looking for my car and it was crazy (never happened to me before). I’m a freelance and clients told me new jobs would soon be available and never called despite they never critized my work (on the contrary). I’ve also been crossing paths with most jerks in my area, for some mysterious reason. No words for it.

I’m not a serious occult practicioner, so I’m afraid I haven’t mastered the use of the pendulum and tarot cards. I’m too entangled in mundane matters at the moment, but hope I can soon change that.

Thanks for reading this.
Top

I'm very much fond of silver, though I can't say the same about crosses. But I guess whatever rocks your boat.
I try to use only those symbols that I can connect to, or to what's behind it, that I managed to achieve some comfortable level of understanding of, a feel for. But then it a lot depends on "what you are". My main symbol display great power in the hands of one person just to turn in to lifeless piece of metal in the hands of another. It can have it's preferences, if I can put it that way. To put it in more religious terms, one should always seek for protection from his/hers Gods, because my ones will probably won't care enough.

I'd agree. I'm starting to think your investment of belief into anything is what gives it power. So much of magic is basically make-believe. I'm still working out if there's more of an objective science behind working with spirits but I'm really starting to think it's more subjective than anything.
Awake from sleep! Remember you're the son of a Great King, see to whom you're enslaved!
Top

Thanks for your reply t both of you. Actually I got a book with Hekatian magick protective spells (most of it) and the Greek pantheon has always resonated with who I am. Sometimes I can’t avoid to think about the Christian God: both cose that’s the way my family raised me as a child and...well, you know the Christian Supreme and Only God can be kind of a powerful extremist bad*ss, I guess XD.

I've been working in a Christian framework. It's really not that bad once you dissociate it from all the idiots. I think it works for me because I was raised that way. There is some pretty powerful Christian magic out there. There's a lot of renaissance magic as well as folk magic that utilizes Christian names and symbols. But yeah I would encourage you to experiment with systems and see what resonates.
Awake from sleep! Remember you're the son of a Great King, see to whom you're enslaved!
Top

Could you tell me if it’s a good idea to carry an iron horseshoe in the car or a magic formula/symbol sewed into my clothes? Sorry if I sound paranoid, but a person I know suggested something like that indeed (he said he puts pictures of people compressed between horseshoes...dunno why and he just don’t wanna comment much on that XD). I guess I’m not the only ‘eccentric’ individual in my area... XD.

Cheers and thanks for your help.
Top

The reason Iron was used was dependent on a few factors...

This dealt with an ancient code system , known as gematria , where
correspondences are shown through number letter systems , which
detailed the underlying composition of the multiverse , including the
Otherworlds...

( what Bohm would call the implicate order , beneath the explicate )

Therefore , if a number relation is similar , it can have a similar /
dissimilar , or cordant / discordant correspondence...

Yet , there is something else here , from a scientific application :

Therefore , to phase lock a charge , it was believed you would use Iron ,
as the metal for an athame , or a nail to keep spirits from the home , most
especially by those fearful of the Faery , ( my Tradition , so I am not afraid )
and especially "worked" iron , heated by degree in a forge...

(the Smiths were long known for their magical knowledge , and feared )

Now the horseshoe not only came from the shape of the foot of the horse ,
yet from a rune shape , known today by the Odinic tradition of runes ,
( though there are far older traditions of runes , which are denied )
as Uruz , which then was rounded out...see below the rune shape , and
horseshoe images...

Now , that rune can mean "rites of passage / power to move forward / physical magnetism" ,
among many , many layers of meaning ;

Yet , that brings in both repulsion , and attraction , or forward movement , or a reverse blockage
of energy...this is why the horseshoe has it's many uses in magic , and the folk tales , as allegory
for the underlying tradition...and knowledge...

So apply this knowledge to your question , let it digest , and integrate , before your possible next
question...then ask if you need to... [thumbup]

I wear a necklace I never take off that is designed for the purpose. it's just glass beads and a single human bone bead. I also have a tatoo for such a pupose, in case I am ever behind bars again or enter another situation in which I would be forced to remove the charms I normally wear
Top 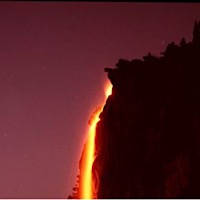 You are welcome , Nessuno :

Something I did not show , previously...

From my Ancient Tradition...

To my Tradition , the Code is "The Law"...the way things work in the universe ,
both in the seen and unseen layers...so If something adds naturally , without
forcing it to fit , and one is using the Occam's Razor priciple to the situation...

Then we say it is true , or correct...after 23 years of working with the Code and
Tradition , I can say this has never failed , even when I try to prove myself wrong ,
or given it to others and asked them to find flaws... [wink]

Dear Wolf,
I’m not in conditioned to answer you question at this point. [pray] But, I assure you, there are bigger headaches in the world that should be addressed rather than teaching a three-foiled vegetable and myself a lesson in magick.

I’ll probably go hiking now, cose too much running is bad for the knees.

Take care and thanks for answering such a simple question. Best regards and peace be with you.
"Τί δύσκολον; Τὸ ἑαυτὸν γνῶναι"
Top
Post Reply
11 posts • Page 1 of 1