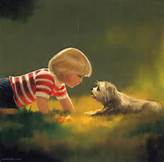 Hi friends,
I m reading a few sites and trying to relate to my chart,then i got a few questions as following:
1.some webs say Sun sign is the life mission/purpose, we made the life contract before we came here, and it is the sun sign to fulfill this mission.
yet some webs say sun sign doesnt determine, the north node is the real soul mission and must fulfill the north node.
2.some say the south node is the karmic energy , must overcome this problem, south node is not a good energy.
some say the south node isn't really bad, south and north must be balanced, in certain cases the reading even needs to be reversed, which means the south node becomes the life mission.
3.the above is based on modern astrology, have u heard of another
original constellation the ancient one which has 13 zodiacs? r they similar, which shall we use?
and i also read another web someone says in future will come a higher astrology, the current astrology will no longer be adapt when human soul evolves more higher levels ....
4.when i need to decide a relationship, i shall trust the astrology chart or trust other divination such as Tarot?
Top

4. It requires a quite a level of mastership to use Tarot in asking such questions. Tarot is instrument of mages, and it gives answers in relation to mages' power to affect the events (including love relations). Thus it is a somewhat crude way to decide relationship. Astrology is more "technical". That part of Astrology, which deals with love relations, is named Synastry, it is quite deep and elaborated, but main points are: positions of Mars and Venus in your chart and chart of your partner, what aspect is between them, which house are they in, etc.
Top

landing wrote: 3.the above is based on modern astrology, have u heard of another
original constellation the ancient one which has 13 zodiacs? r they similar, which shall we use?

"The notion received international media attention in January 2011, when it was reported that astronomer Parke Kunkle, a board-member of the Minnesota Planetarium Society, had suggested that Ophiuchus was the zodiac's "13th sign". He later issued a statement to say he had not reported that the zodiac ought to include 13 signs instead of 12, but was only mentioning that there were 13 constellations"

"Some "parazodiacal" constellations are also touched by the paths of the planets, leading to counts of up to 25 "constellations of the zodiac". The ancient Babylonian MUL.APIN catalog lists Orion, Perseus, Auriga, and Andromeda. Modern astronomers have noted that planets (not including Pluto) also pass through Crater (constellation), Sextans, Cetus, Pegasus, Corvus, Hydra, and Scutum; with Venus very rarely passing through Aquila, Canis Minor, Auriga, and Serpens."


i also read another web someone says in future will come a higher astrology, the current astrology will no longer be adapt when human soul evolves more higher levels ....

I don't think we have to worry about that, we will kill ourself and this planet before we reach any higher evolutions.


4.when i need to decide a relationship, i shall trust the astrology chart or trust other divination such as Tarot?

Both and neither.
An astrological chart is a map. Tarot is unconscious intuition speaking to your consciousness.
They are not absolutes, they are not truths, they are at best possibly outcomes.
Use your brain to decide.

Here are some quotes from another forum that just recently talked about this:

"Don't fall into the trap of using your Chart as a crutch. Use it as a Guide."

"The thing about an astrological chart is it gives you an insight into what you're predisposed to. Just because there's something in your chart doesn't mean that it's going to rule your life forever."

" It is about timing. Not all placements are active 24/7. They are only activated when they are "awakened" or stimulated by "time lords". These are planets who are temporarily in charge of managing the life of the person who owns the chart. "

" Understanding your chart only gives you a look at what your are working with. It is up to you to hack that system and transcend your stars. I mean, isn't that what Magick is all about? If you want to blame invisible forces for your situation, and uphold a belief that your reality is pre-ordained you have no need of Grimoires for that. Magick is about taking responsibility for your own situation, and accepting responsibility as well. A natal chart is an informative tool, not an excuse."

"1000% success rate in overcoming problems: stop giving power to whatever thing you have no control over that you believe controls your problems. You don't live in a caste system (I assume), and being on this website, you are educated, you are literate, you are privileged, you have free speech and you have access to the practice of magic. So nothing in the stars is holding you down. I do believe strongly we are influenced by certain celestial events, but in no way should you pull the victim card and site your astrological chart as the source of your problems. More likely, if you want to externalize the root causes of your challenges, you could be in therapy to understand your relationship with the things you really were subject to at birth - your mother and father."

" Astrology is deterministic only in the sense that the natal chart represents karmic challenges we are born with. By gaining insight into those planetary patterns and struggling against them we eventually master them and can even use them to our advantage. For example, people with natal grand squares often have horrendously difficult early lives but by eventually mastering their internal planetary stressors become successful and powerful individuals in their adult years."
Beginners Book List
http://www.occultforum.org/forum/viewto ... =2&t=39045