"Myth" of soul ties through sex 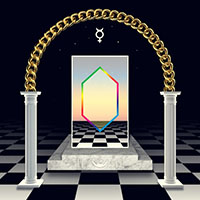 "Myth" of soul ties through sex

This is my first post. I've done all my research on this and I came up with nothing so I figured I'd seek some assistance.

So. In my study to try to find the root of the belief that sexual union creates a soul tie between partners I've come up with the following, which I'll try to keep short.

Tantra - the reunion of shiva and shakti into para brahman, i.e. sex as means to reach God consciousness / siddhis, no soul ties whatsoever.

Gnostic - reunion of Adam and eve into primordial androgynous adamic being who was "one" with god, but mostly a situation of the microcosm and the everbeggeting shiva/shaki, sophia/christos macrocosm aligning, that probably derived from the tantra, i.e. sex as means to return to the pleroma, no soul ties whatsoever.

Alchemy - too complex for me, see tantra and Tao, not a peep on soul ties


Kabbalah - way too complex for me, very similar to tantra and gnosticism, though some things could be twisted to pertain to existence of soul ties, I found nothing to really support the theory

Thelma, OTO, etc : once again too complex, seems like Crowley and Randolph really just combined Gnosticism and Tantra, nothing whatsoever about soul ties


The only thing I can find that supports the theory that sexual union creates a soul tie between partners is:

the Bible - references to the two becoming "one flesh" in Genesis 2:24 and 1 Corinthians 6:16. likely to represses the divination of sex by basically every other pagan religion

And it appears only the "Spiritual Warfare" "Christianese" branch whatever that means, subscribe to this belief

Then for some reason in "New Age" whatever that is, this idea is by far the most prevalent. Mostly on the internet.

So it appears like this whole concept is a relatively new supposed "occult secret" that has no roots in anything.

The closest thing I could find, and it's not much is "the order of palladium" which was a supposed branch of freemasonry, that had a five step program of initiation:

Adoption: fellowship with Lucifer by an oath
Illumination: to open oneself to psychic powers by using drugs and the occult (ajna chakra)
Conversation: communicating with the dead (necromancy)
Congress: being joined in spiritual marriage to the dead (the whole theory I'm looking for, that being sex creates soul ties)
Union: being totally controlled by that entity (or Lucifer, I have no idea there's practically zero info on this branch, which makes sense as it was also confessed to be a hoax)

I'm really at a loss. There's almost no information on the order of Palladian.

I'm thinking maybe there's something in Theistic Satanism that spells out something about soul ties. I really thought this was an actual ancient occult secret, but it appears to have arrived just recently, mostly on the internet.

The reason I'm thinking it might have some roots in theistic satanism is because of an article I read by E.A. Koetting about Jacob's Ladder descending in reverse from a Dakini (mythical Hindu demigod) after it was taken by force sexually, paradoxically causing the one doing the taking to attain moksha instantly burning away the horrible karma he had used to get there. But then again left handed tantra could in theory do the same thing with a regular human being without any soul tie necessary. But in the way the article was written it seamed like his quantum leap in spiritual prowess was due to the dakini's higher spiritual standing, hence the implication of a soul tie.

So that's all I know right now. If anyone cares to offer some insight on where this myth of a soul tie through sex might have come from and the validity of it, that would be cool.

Seems weird that the only support for this fairly wide spread notion comes from fringe christians and new agers.
Top

No idea where it came from. It has no validity, to me. I have no tie of any measurable degree with the most I've slept, but I have a very strong tie with somebody I've never banged and never will (probably). Just sharing my personal experience. Maybe somebody else have contradicting experience.

You're looking for the wrong thing. Sex, in and of itself, will not create a Soul Bond. Soul Bonds are intense and even with a full on sex ritual, you're not going to get one without specific preparation and something akin to a magical marriage. However, sex along with many other forms of human interaction, do create the psycho-energetic tie that is commonly called a Cord (as in, Cord Cutting spells). These are more energetic karmic, have more to do with fate and the interconnectedness of everything (the cosmic web), and are not even close to being a Soul Bond. That's why you're not going to find what you're looking for with the search parameters you're using.

Shinichi wrote:Sex, in and of itself, will not create a Soul Bond. Soul Bonds are intense and even with a full on sex ritual, you're not going to get one without specific preparation and something akin to a magical marriage.

Can you tell me more about Soul Bonds / magical marriages and where I can find more information on it? Is this considered New Age and if so are you aware of the origins it may have in any older occult philosophies, if any?
Top

A rather late contribution to this thread:

- Orgasm activates some chakras - both horizontally and vertically. Various entities of a wide spectrum may connect in the process. Secondary chakras are usually involved too. The earth may move!

- Sexual activity is suitable for various attached entities to spawn and/or move to the other party. Spawning entities often drive sexual abuse.

- Quite a lot of hooks can be set in one or both parties.
https://horusastropalmist.wordpress.com ... al-beings/

I have not observed soul ties being formed through sex. Souls operate at levels preceding human personalities.
Top
Post Reply
5 posts • Page 1 of 1