As you can see from my username, my merpire soul name is Big A. Which stood my middle name Alexander, anyway I created this topic forum, because I personally, believe there are different factions/types of vampires. Just, as there are pure blooded vampires, and half blooded vampires of the vampire world, that lived on land in the vampire world, or vampire realm. I know merfolk are water spirits and belong to the water, or merfolk realm. I believe the merpire, which are vampires, or merperson of the sea with vampiric characteristic quality whatever you want to call them. Vampire merpeople, or merpire, are half blooded vampire, because they come from a pure blooded vampire, and a pure blooded merperson. 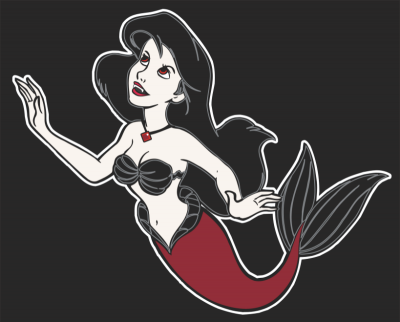 A good friend saw a "merman" come up from the water to look at her - no one else on the beach. Then he went back under the water and was not seen again.

I asked her if he was repulsive - the common translation of annedotus. She said yes. So I showed her the following image This is Anu as cupbearer for Alalu

She said the image looked just like the being she saw. I do not doubt her account. She had recovered from a near death experience and subsequently was quite engaged with the more subtle levels.

So she saw an annedotus - genetically the same as the god Anu - called by the Egyptians "the god of millions of years".

I have not heard that the annedotus are vampires although perhaps Lilith is - for energy rather than blood.

Are vampires subject to karma?
Top

Well according to some folklore, or myth about Lilith, is that she is a vampire goddess, or have vampire characteristic quality. She, just like any other sexual spirits lived, or feed off sexual energies. Considering she is a queen succubus, and maybe even a queen vampire succubus at that.
Top

So are vampires subject to karma?
Top

As an immortal beings I sure there are karma, or set of cosmic rules they must followed, just as we human have a cosmic rule baise on our cultures, where we lived, and environment we grew up around.
Top

Vampires are likely to have a lot of karma to work through as the taking of life force from others reduces the victims' capacity to fulfil their spiritual tasks.
Top

Is not sexual energy a subset of life force? Certainly old people have less of both.
Top
Post Reply
8 posts • Page 1 of 1