Someone has done me wrong for a long period and won‘t stop. I‘m not looking for revenge, but for justice, and thought, Maat was the right Goddess to call.

I‘ve already tried to search the forum and found some old posts where users claim that they successfully evoke her, but I couldn‘t find a Ritual. I also googled for days, but unsuccessfully.

I don‘t want to simply pray. What I‘m looking for is a way to call her.

Please excuse my simple english, but I already looked up everything in my mother tongue and asking for information in english is the only chance I have left.

I‘m thankful for every information, may it be the Ritual itself or helpful links. If any of you have ever tried to contact Maat, successfully or not, I would be glad to hear about your experiences!
Top 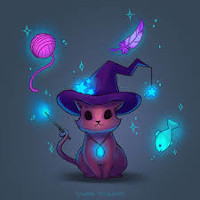 Re: Ritual to evoke Maat

If anyone has tried to summon Maat, it looks like they didn't publish their work. You will have to make your own ritual. Look up and read rituals for summoning other gods, especially Egyptian ones, but others will also work. Learn what makes up a god summoning ritual. Then create your own. A ritual will generally be filled with symbols and a spoken calling pertaining to that god. So, for a Maat ritual, you would at least want a scale and an ostrich feather on your altar, or another large feather of similar color if an ostrich feather can't be obtained, as well as any other items historically associated with Maat that you can find. You might also print out historical artwork of Maat and place that on the altar. You may passionately read aloud passages from the Book of the Dead or other books pertaining to Maat as part of your calling. For example, there is this lovely passage from the Instruction of Ptahhotep, found on Wikipedia:

Maat is good and its worth is lasting.
It has not been disturbed since the day of its creator,
whereas he who transgresses its ordinances is punished.
It lies as a path in front even of him who knows nothing.
Wrongdoing has never yet brought its venture to port.
It is true that evil may gain wealth but the strength of truth is that it lasts;
a man can say: "It was the property of my father."

The idea is to use words and imagery and concentration to fill your mind with the essence of the god, until the god becomes present within you. This is the basic idea of Invocation - you are the vessel for the summoning. The ritual should be designed to make you focus on everything to do with Maat until your mind contains nothing else. Then, when Maat fills your body and mind, together you will perform the objective of the ritual, and then you will thank her and she will go. This is an intense meditative exercise, and you may have to practice it a number of times before it begins to feel right. But, I'm sure most gods will not object to being honored a large number of times with your handmade ritual while you get the hang of it.
Top
Post Reply
2 posts • Page 1 of 1