A question for Mages and Mystics

A question for Mages and Mystics

The major religions profess to abstain from desire for this reason, and the Buddhist says that all desire leads to suffering and so to avoid struggle, do not want.

The Tao says to bend and be.

So... which is the most noble act? Do nothing for fear of doing error, or do what thou wilt because no one knows for certain what the greatest good might be?
Top 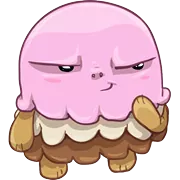 Morality can be subjective. Take for example the matter of abortion. Some people are for it and some against it. But it is not black and white. If abortion can be the only solution to save a mother whose life endangered due to her child in her belly, what would people do?

This is my personal viewpoint but there is nothing wrong with having desires. My motto is not to let my desires harm me or others. However, not all people will share my values. Muslims won't eat bacon and Hindus won't eat beef. For them, their religious laws are important. But for others, it is redundant. Does that mean one of the parties (Muslims and Hindus vs the rest) is wrong? No, I do not think so. I may consume both but I will definitely respect the viewpoints of others even if they do not match mine. I think this is what most people do.

After learning about the rules of what should or should not be done, ask yourself these questions. How much I agree with a particular doctrine, fully or partially? Why? Can I stick to multiple doctrines at one time? Do I have the ability to judge for myself what is good or bad? Am I capable enough for this? If not how can I make myself so? Hint: by learning and thinking. We have a saying in my country that one's conscience is the greatest court of this world. In a similar line, one should not underestimate one's abilities to distinguish good from bad, which can be subjective. I am also of this opinion that blind belief in dogmas, religious, social, etc. is not a good thing.
In my sword I trust.

Nature is neutral, and will always strive for equilibrium.

Desire and nondesire, action and nonaction, pleasant and unpleasant. All the myriad things of existence are born from the dance of polarity. The myriad things are all part of The All, and all born of The Void. Nothing is isolated from the origin.

Men seek extremes because they seek only what is pleasant, and battle what is unpleasant.

The sage has no preferences, for he knows the way.

There is no sanity, except according to what you consider to be truth.

All is as it ever was, except with more details.

A good magician knows that God is All. Therefor, all is Good, and if you love God, you love ALL.
Top

I disagree. I think God (the Creator Source) is neutral. I do not believe that it is only good. That is more of an Abrahamic perspective. This universe was created so that the Creator Source can experience and learn about itself. If it were only good, then it would not have created evil. As a result, it will not be able to experience evil. Both good and evil is part of the All. That is why we have both murderers and philanthropists in this world. The Creator Source is learning from different perspectives. At the end of the day, duality is an illusion. Take, for example, hot and cold. These are two extremes of temperature. Hot and cold may not feel the same but basically, they are different degrees of temperature.
In my sword I trust. 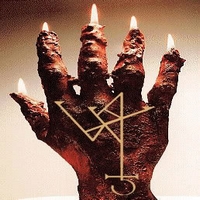 neofight wrote:A good magician knows that God is All. Therefor, all is Good, and if you love God, you love ALL.

A good magician also knows you are paraphrasing and warping Crowleys ideologies.
Top

Napoli: thats what I am saying: God is neutral, and creator likes all of this. We are the ones that are bound in the duality, not God. To God it is all Good.

Topper: This doesnt belong to Crowley its much older. Three initiates, anyone?
Top

This is an area where I think Manly P Hall helped me organize a lot of my concepts.

My concept is that if you'd consider yourself a steady practitioner rather than the type of person who might just use a spell instrumentally you're most likely in the camp of people who are trying to affect transformation on themselves primarily with their work. That desired transformation would in most cases be the improved balance, strength, and resilience of your inner nature and from that more power to do the things you'd like. In a way all of that seems to gel as improvements to one's own integrity. It seems straight forward that such gains to integrity would allow a more free flow of power as the foundational air pockets in your nervous system and whatever you're made of in general get worked out. That seems to fall right in line as well with concepts like The Great Work or the general alchemy of becoming that's offered as the goal in most of the classic western mystery traditions.

In that sense I often don't worry as much about what society would class as good or evil (especially in the taboo sense) quite so much as whether taking up a particular exercise would be good or healthy for me. If it's shadow work you will actually be sometimes running toward antisocial behavior in your own imagination, I suppose 'evil', but it will be to resolve immature or native orientations to the particular subject at hand - orientations that I think set up stress patterns which trip up your progress in other ways. Seems like almost any bad, sloppy, or largely false heuristic that you find yourself operating under is worth getting rid of if you can manage it because they all have consequences that aren't quite worth the protection they provide and that's particularly so if you're willing to work at replacing them with better, more accurate, more concise material.
You don't have to do a thing perfect, just relentlessly.
Top

No one defeats Chaos.

Knowledge is the source of suffering

Therefore one might as well submit to desire, and get what one desires, because that is the reason for the sensual experience that we all partake in. Because this is the reason for life, there will be Chaos... and

No one defeats Chaos.
Top

Depends what you're willing to be put through on other people's terms I suppose.
You don't have to do a thing perfect, just relentlessly.
Top

I think this is an interesting point

According to some mainstream hindu writers, "right" action is based on a number of factors relative to one own life including the cosmic age (yuga) and society one lives in. Some western philosophers such as Nietzsche and Heidegger also take this point of view.

As for Abrahamic religions,I agree that at least Judaism and Islam have a strong tradition of laws or rules that are very well defined and permeate every aspect of life so that people don't have to think too much about actions. They just ask their priest who assembled their code of laws based on revelation.

One point I like to make is that the concept of good and evil, seems to have been passed down from Christianity and later Judaism, but itself inherited from Persian Zoroastrianism during the early Roman empire. There is no concept of good or evil in early Judaism.

In that religion, Zoroaster divided the Iranian pantheon into two primary forces or goods. Ahura Maza and Ahriman. One translation for these words may also be higher mind and angry mind but most consider them to be dual dieties. In other words, destructive force and higher mind. There is also a slew of angelic beings and hierarchies in Iranian lore that survived the Zoroastrian purge such as Mithra, that was also passed down to early Christian Gnostics.

As for myself, I stick to the old golden rule or categorical imperative of Kant. Treat people as you like to be treated. If they act like trash, you can treat them like trash but you must forgive or forget them for your own well-being. As far as actions that affect nobody else, such as abortion or suicide, or what kind of meat to eat, I use positive ethics based on Aristotelian values. In other words, try to figure out the particulars of each ethical question by acquiring knowledge and also define your goals or objectives. For example, I dont like eating pork because I think pigs are dirty animals who eat their shit. I dont like eating beef or too much meat because I think factory farming is bad for the environment based on the data I have seen. I dont eat lot of organic, free range meat because its too expensive. I dont like abortion after the first trimester because I think the baby has a heartbeat and is thus 'alive.'
These my conclusions, I dont apply them to everyone but remain open-minded to their views.
Top
Post Reply
12 posts • Page 1 of 1