The minds map of the body 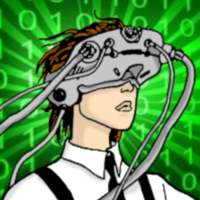 The minds map of the body

Interesting article about the relationship between sleep paralysis visitors, out of body experiences, and phantom limbs.

(Issues with the self body-map in the mind)

Interesting article. I had one sleep paralysis experience and it was exactly like they describe in this article. I had thought I heard an intruder on my property before I went to bed. Which primed my state of fear. Then the experience was text book; big black cat on my bed which morphed into a black hooded humanoid which walked behind me and stabbed me in the back with something. It was terrifying. When I awoke I did a load of research into the science of it. I seen a documentary where scientists were able to put a helmet on a subject and when they flicked a switch the helmet activated an electromagnetic pulse which immediately gave the subject a feeling of dread and the sense that there was someone in the room with them. Reading the science of it helped me calm down from the experience but when it was happening it was absolutely terrifying and completely felt like an evil spirit or something.
“Science is a way of talking about the universe in words that bind it to a common reality.
Magic is a method of talking to the universe in words that it cannot ignore.
The two are rarely compatible.”
― Neil Gaiman, The Books of Magic
Top 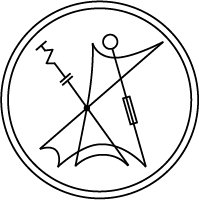 I had terrible sleep paralysis growing up. I would be awake and aware but could do nothing. Even without the visualizations I would be terrified. I could sense someone/something just outside my field of view. I dealt with it for years. I learned to calm down, and get my breathing under control. Then I would focus all of my will on moving my fingers or toes. It would seem to take forever, but once I got some movement it was like the whole thing was dispelled.

The terror of it led to terrible nightmares, where nothing seemed to work, and I would get stuck in endless repetitions all night, falling back asleep and right back into the same dream.

Years of this and I finally starting doing open handed (thanks Micro) circles of protection. I did them every day. I would crank up the protection as high as it would go, visualizing a massive pillar of white flame starting at my feet and projecting into the heavens.

Years later, after having done that technique, I walked into a room with my girlfriend at the time and she turned to me and got this strange look on her face. When I asked her what was wrong she said "can you.. can you turn it down.. I dont understand". It was very strange, but I visualized all that fire receding into my body so its fury was just under my skin. She seemed fine after that.

Later that week I stumbled upon some literature regarding personal protections, and it described how you have to be careful that you dont encase yourself so that you are incapable of interacting with the world on a magickal level.

Anyway, long story short, I never had sleep paralysis again. It was my personal belief that I was being drained of my energy by some kind of ghost like/astral entity. Ever since I have placed a protective circle on every home I have ever lived in, to protect my loved ones.
Top

Please let me know which documentary if you can!

I had a look for it but i cant find it. I'm pretty sure it was a British documentary most likely BBC but I scanned through the ones on youtube and i don't think its one of them.
“Science is a way of talking about the universe in words that bind it to a common reality.
Magic is a method of talking to the universe in words that it cannot ignore.
The two are rarely compatible.”
― Neil Gaiman, The Books of Magic
Top

URL no longer works but I was just able to find an even longer version of the article at a different URL:
https://www.linkedin.com/pulse/ever-wak ... and-jalal/
Trinary: The Magick Web-App
Free sigil generator, tarot, etc.
(what's new?)
Top

But my gut-reflex is that it's wrong, or "partially wrong".

I adore science. I really do. But there's this habit in the scientific community to "explain away" things, like some shaman dispelling monsters and ghosts. When scientists do this, they're not applying the scientific method, they're instead insisting that already established science is complete enough to dispel any particularly strange event. Which really is a severe case of hubris. In a sense, it kind of insults science itself or the core principals it's based on, when people try to use it to 'explain things away'. Science takes as it's most foundational axiom: "I don't know", the very start of learning.

It would be far more sincere to propose hypothesis for a cause, and then seek to find ways of testing the hypothesis.

Some topics are ill suited to application of the scientific method though. Understandable. But in those cases, it's silly to just promote hypothesis as truth.

I'm pretty much 100% firm on the idea that the "scientific explanations" of both sleep paralysis and deja vu, are just flat-out 'wrong'. That doesn't mean i don't enjoy the theory-crafting. But people with credentials shouldn't peddle pet theories as facts.

hehe, I don't mean to come across too strong here

I am enjoying the article actually. I disagree, for a wide range of reasons, but it's still interesting reading.

What is the difference between "explain" (good) and "explain away" (bad)? Is it just whether or not you like their answer?


Kath wrote: ↑Mon Jan 25, 2021 1:28 am It would be far more sincere to propose hypothesis for a cause, and then seek to find ways of testing the hypothesis.

This is just one scientists* hypothesis, and not settled science or consensus. I would not be surprised at all if many other scientists thought this dude was super wrong.

Also they produced a visitor by stimulating part of the brain during surgery according to the article, so that's kind of tested at least once. Enough that it is within the realm of feasibility to me (if true).

I am enjoying the article actually. I disagree, for a wide range of reasons, but it's still interesting reading.

Oh not at all! You just don't agree with this one guy who wrote an article, and that's fine!

I think we're in the same boat honestly, I just thought it was an intensely interesting new idea but I don't know if it's true or not.

*Heck I don't even know if this was written by an actual scientist or just some troll who signed it with a fake name.

Anyway,
here is a current link since the content has disappeared from everywhere else I had linked to it (which is probably not a good sign).

Since we're talking chaos magick (nothing is true, everything is permitted) I look at it as another, possibly useful lens to view a phenomenon with anyway. Not as objective truth, because I don't think objective truth is a thing.
Trinary: The Magick Web-App
Free sigil generator, tarot, etc.
(what's new?)
Top

Many years ago I was camping with my girl friend in the French Alps. In the morning she said that a very bright light had shone on the tent - so bright she thought the tent would catch fire.

She said she was unable to move. I did not wake.

I suppose that experience is sleep paralysis. It is also of course a standard experience for the start of a ufo abduction.

She never mentioned that event again - but much later I discovered that she was (had become?) very secretive.
Top

What is the difference between "explain" (good) and "explain away" (bad)? Is it just whether or not you like their answer?

Not at all. I was being very brief in describing my thoughts there.

Basically there's a lot which is clearly not understood or known, which is painted over with "plausible explanations". And in my experience, when people within the scientific community do this, they get it wrong "a lot".

Good science is open minded, data-focused, and rigorous in method. Bad science is when people make up 'plausible explanations' in a fashion which bears a lot of resemblance to ideological protectionism. Practicing 'horror vacui' with scientific explanations is not 'good science', it's more like trying to make sure an ideological platform has no holes in it.
Good science embraces it's holes, rather than concealing them with guesses. (bearing in mind that hypothesis start as guesses, but should be treated as guesswork until rigorously supported with data)

This is more to do with how things are all too often done 'in practice', rather than any official scientific method.

I call it "explain away science", which is to say, wild guesses which are shaped to fit easily into an established body of knowledge. In practice, it works pretty much exactly like a sort of secular religious dogma rather than science though.

To be fair, pretty much all through the renaissance & industrial age, 'science' has had this kind of pissing contest with 'religion'. And as a result, there's this sort of sense that everything needs to be explained, all the time, kind of 'putting on airs' as a defense against superstitious dogma. But "science apologetics" is not good science. I get that it's a reaction to human tendencies. It's just that it's not a good reaction. Despite it's intent, it detracts from science, rather than adding to it.

A results-driven grant system is also sometimes to blame.


Whether I agree with something or not is a separate issue entirely than whether the scientific inquiry is handled soundly. Although I tend to find that when science is handled badly, then it's far more likely to seem questionable to me. So the two have some correlation, but if there is any causal relationship, it's not 1: I don't agree therefore 2: I think it's bad science. Generally it's the other way around (1: I think it's bad science, therefore 2: I am more inclined to disagree)


more specifically, 'explain science' is inquisitive (and the heart of science), while 'explain away science' is defensive (and very closely mimics ideological dogma). And it makes a huge difference in whether it's all on the up & up in terms of true rationality and data focus.

anyway, i was just loosely referencing this concept, without wanting to really go deep with the sub-topic. So i used a personal shorthand.
Top
Post Reply
10 posts • Page 1 of 1