I've been playing with software by ExtremeSenses. They have a lot of stuff designed to communicate with non-physical intelligences. Some cycle through radio stations, some use other similar methods.

I got some interesting results today while experimenting. Mostly I got a lot of voices saying Hello in various ways, "Hello" "Hi" "Hey" in multiple tones and pitches.

Most interestingly, I got a man's voice very clearly saying "What's up" and then my name "Cullen" is spoken. I got this recorded so you can hear it below:

Have any of you guys experimented with EVP? Do you have any advice for me?

I'm trying to be careful as I assume most if not all of the things I will communicate with will be low-level astral beings that will want to mess with me. I'm still very interested in collecting evidence of their existence and analyzing it.
Awake from sleep! Remember you're the son of a Great King, see to whom you're enslaved!
Top

The basic rules for this is:

Don't do it at home.

Don't use your normal phone, normal computer or anything that is connected to you. Get separate equipment for this stuff only.

Don't invite openly. Don't say things like "anybody here?" Because then "anybody" can answer. Be very specific with what you want to talk to.

Make sure you have some sort of protection on yourself.

Make sure whatever equipment you are using can be turned of instantaneously. And be cleansed, thrown away or buried.
Beginners Book List
http://www.occultforum.org/forum/viewto ... =2&t=39045

I can't really afford to have special equipment set aside for it. I would need to use my computer and phone etc. for this type of investigation just due to cost.

I really appreciate the advice, thanks
Awake from sleep! Remember you're the son of a Great King, see to whom you're enslaved!
Top

chowderpope wrote:I can't really afford to have special equipment set aside for it. I would need to use my computer and phone etc. for this type of investigation just due to cost.

I really appreciate the advice, thanks

There is nothing you can do then. Wearing a bullet proof vest isn't going to help if you shot yourself in the foot.
Beginners Book List
http://www.occultforum.org/forum/viewto ... =2&t=39045

The important thing to understand is that you're not listening to anything "out there," you're listening to stuff which is already inside your head with you. These noises you're interpreting have no inherent pattern. The brain is a pattern-recognition machine, and if it can't find a pattern, it will actually project a pattern from your own subconscious mind. These messages you're getting don't originate from the sounds you're recording, but from your interpretation of those sounds. By using suggestion and the phenomenon of apophenia, you're allowing internal archetypal manifestations to leak out into the conscious mind. These archetypes are attempting to actualize by having your conscious mind recognize them. If they can get you to pay enough attention to them, they can begin to accrue importance to you subconsciously, growing and influencing your daily behaviour.

These entities are very real, but they're not external to you; they're inside you already and are part of what makes you, you. If you have a strong sense of Self and are trained in one of the many different paradigms for inducing suggestion to put these actualizations back in their box when you're done, then it's reasonably safe. On the other hand, if you don't know how to shove these personality fragments back into the subconscious, they can be extremely dangerous. Many primal archetypes are far stronger than your own personality and can supplant it entirely if they become strong enough -- and is called "demonic possession" when it happens
Top 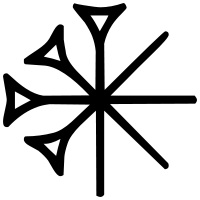 Both Desecrated and PoisonPen bring up some very good points.

I have around five years of past experience with EVP. I used to be part of a local ghost hunters group, I 'retired' not that long ago because I no longer felt I had the energy to deal with all the detritus of other people and entities. Lots of trash that starts to cling to you that isn't healthy and it took me longer to get rid of stuff than I had time to invest in my own development.

Though EVP can certainly consist of personality fragments(and it is very interesting to work with!) they can definitely be external entities as well. There are some key questions you could ask to know what you are dealing with; not just to 'them' but also to yourself. EVP asks complete honesty and above all; knowledge of your true self. Are you hearing what you already know? Or what you'd like to hear?

Always have at least two to three others willing to listen to your recordings and NEVER tell each other what you think you are hearing. Write it down on a piece of paper and only reveal when everybody is done listening. This way you are certain you are not 'guiding' somebody and they will hear what is actually there. Don't go looking for voices; 80% of the time there is absolutely nothing there to begin with.

Set apart your equipment and care for it as you would any ritual tool(prep, cleansing etc.). Desecrated is correct in warning you that the tools you work with shouldn't be used for daily stuff. You create a strong personal link with these items; basically a bread-crumb trail to yourself, your True Self. You are basically opening the door to your house and inviting everyone in to do whatever they please. Yeah, you'll get some interesting personalities but criminals as well. Criminals that might not want to leave...

If it's the costs that prevent you from taking more care I'm sorry to say you should not do this. Save up cash or, if you are handy with electronics, make your own ghost-box. Better start late and prepared than early and ill-prepared for what you might encounter. It took me a few years to get the equipment I wanted so there's no shame in that. Take care.
Top
Post Reply
6 posts • Page 1 of 1