You have to search and add stuff together to find the real Seidr magic. Its still here but not under what you may think..

These are some copy past only to show the interconnections.

Sex magic (sometimes spelled sex magick) is any type of sexual activity used in magical, ritualistic or otherwise religious and spiritual pursuits. One practice of sex magic is using the energy of sexual arousal or orgasm with visualization of a desired result. A premise of sex magic is the concept that sexual energy is a potent force that can be harnessed to transcend one's normally perceived reality.

Success in any case requires the adjuvancy of a superior woman. THIS IS THE LAW! A harlot or low woman is useless for all such lofty and holy purposes, and just so is a bad, impure, passion-driven apology for a man. The woman shall not be one who accepts rewards for compliance; nor a virgin; or under eighteen years of age; or another's wife; yet must be one who hath known man and who has been and still is capable of intense mental, volitional and affectional energy, combined with perfect sexive and orgasmal ability; for it requires a double crisis to succeed...

Seidr (pronounced "SAY-der;" Old Norse seiðr, "cord, string, snare") is a form of pre-Christian Norse magic and shamanism concerned with discerning and altering the course of destiny by re-weaving part of destiny's web. A snare is a noose. Yes... The Seidr practiced sex magic and changed their reality to Hel and brought them back. The Seidr had to be female too. These female practitioners were religious leaders of the Viking community and usually required the help of other practitioners to invoke their deities, gods or spirits. The seiðr ritual required not just the powers of a female spiritual medium but of the spiritual participation of other women within the Norse community. Altering the course of destiny was bringing them to the afterworld and re-weaving part of destiny's web was bring them back home.
https://en.wikipedia.org/wiki/Sei%C3%B0r

Both sex magic and the Seidrs requires the adjuvancy of a superior woman. The Seidrs had to conquer their on death so they had to ride to the afterworld and back before they began. They had to have an NDE. A synonym for superior is also superhuman. Paranormal traits from after an NDE are super human traits. So both are enlightened females and both of course most likely had NDEs.

The Bizzare Electromagnetic After Effects of Near-Death Experiences
Most commonly, those who experience electro-sensitivity after a NDE report 'interference' with potentially anything electronic in the external environment. In addition to these notable after effects, the research of P.M.H. Atwater revealed another, more bizarre pattern, indicating that many people undergo rather remarkable changes to their body's electromagnetic field. Called 'electro-sensitivity' this can bring on puzzling, frightening, and even dangerous situations for some of the most sensitive of NDE survivors.

For those who experience this phenomenon, the physiological interference with their environment becomes a part of every day life, and they learn to do things in different ways in order to mitigate any harm they may cause to any electronics or people near-by.
In his book, The Body Electric: Electromagnetism and The Foundation of Life, published in 1985, surgeon Robert O. Becker brought new light on the electromagnetic dimension of the human being, presenting his discoveries that demonstrated the conductive nature of the brain, the skin, tissue cells, and the entire body. A decade later, more pioneering work in the study of the human electromagnetic body was published by Albert Roy Davis and Walter C. Rawls in the book, Magnetism and Its Effects on the Living System, which revealed the polar nature of the human body.

Many are raising awareness of the dangers in electromagnetic industrialization of our world, noting that interference with the body's natural electromagnetic patterns can seriously effect health, while skeptics claim there is little harm in the amount of electromagnetic radiation introduced by cell towers, wi-fi, smart meters, and so on. The phenomena of electro-sensitivity, if more closely examined, may give more insight into just how pliable the human electromagnetic body really is, and the connection between the energy body and the spiritual dimensions of human existence.

The human subtle energy body is a tangible reality for many who practice meditation, yoga, or the internal martial arts. It is remarkable that there is such a connection between near-death experiences, which which commonly involve bright, radiant, white light, and changes in electro-sensitivity. A near-death experience is considered by many to be a 'spiritual' experience, so, could resulting electro-sensitivity be validation of the experiences of many of the world's sages and mystics who believe life and spirit to be comprised of 'energy.' Could this also indicate that our universe is predicated on the physics of electricity after all?
http://www.wakingtimes.com/2014/11/06/s ... xperience/

Both also must of had a change in electromagnatism.

All the most powerful cults induced an NDE to create "God like" or "super humans". The NDE is also a shamans calling. ESP, telepathy and on and on have been recorded even before Christ.

The Seidr - A noose carrying, enlightened via NDE, dominant female is the only ones who could continually bring someone else to Hel and back.

Id show you clips of this in action but they frowned upon here. Real magic is scary. Its also usually different then one had imagined.
Is there any others here?
Top

The line betWeen life and death. Those vitals. CroWley couldnt get those vitals to go back quick enough his Way and had deaths. Doing this too long the Seidr that hung Odin made an error and he lost an eye. Probably Worth that much hidden and secret knoWledge. Cerebral ischemia or brain ischemia, is a condition that occurs when there isn’t enough blood flow to the brain to meet metabolic demand. Symptoms include blindness in one eye.
http://www.columbianeurosurgery.org/con ... -ischemia/

The Eddas is a true biography not a book of myths. The NDE is the magic parts and is What created the hanged God, Odin. Half human, half God.

Odins horse - translates to GALLOWS
Odin, the hanged God - Translates to breath or spirit
Seidr - Snare and a snare is a NOOSE!

snare
1. a trap for catching birds or animals, typically one having a noose of wire or cord.
Top

They obviously gave Me a lot of hidden knoWledge too, including exactly hoW to do this.
Top

Poetry blend from the Edda, but it looks different too... DMT is also made in the body and most likely released at the time of death. Death is a process not a final destination. Interconnections..
Top

Seizure, and are not dangerous unless you are driving and stuff like that is a cymatic frequency. This frequency creates a vortex. 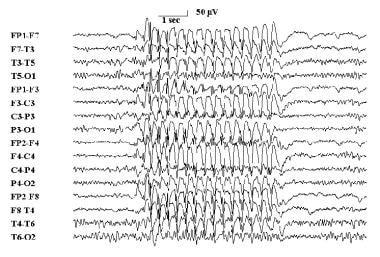 A law is a law because it does not change'

Looking for rigorous thinkers or Seidrs practicing like the ancients.
Top

Ugh I cannot believe you guys deleted a good part of that. That was a lot of work... Constantly zapping stuff. Real occult magic is scary. Maybe the site should have been called Occult Make Believe.com
Top

Stop deleting. You may actually learn something this time.
Top

I have to be careful about the cursing... The little upset with someone. I dont need to see the person and they can be 1/2 around the world. My magic travels very. very well.
Top

Ugh I cannot believe you guys deleted a good part of that. That was a lot of work... Constantly zapping stuff. Real occult magic is scary. Maybe the site should have been called Occult Make Believe.com

Stop deleting. You may actually learn something this time.

I have just checked the moderator logs, nothing has been deleted from this topic, by any staff member. We keep excellent records here and it's very easy to check and verify/ deny accusations.

I am also checking admin logs, though I am sure they will further verify that no content has been changed by any staff member.

Admin logs also checked out and as I said, previously: no content has been deleted or altered by any staff member, in this topic.

Do not make false allegations against the staff here in future. It's easy to check and we do not delete content without keeping copies and recording the actions in our mod board, as well as informing the member of the reason for any deletions made.


The Eddas is a true biography not a book of myths.

Snorri Sturlsson's translation? Written by a Christian, hundreds of years after the end of Paganism in Scandinavia?

Unless you know old Norse and can translate yourself, you'll very quickly run into trouble applying his misrepresentations.

This topic is a disjointed mess and in all honesty, wikipedia as a primary reference source? Really?

What are you actually trying to communicate here?
"He lived his words, spoke his own actions and his story and the story of the world ran parallel."

No silly.... Its just way over your understanding of the occult, magic and the Norse.. Your failing is not mine.

Also if you would like to go by how a christian deciphered it, you have every right to. I do not by first hand knowledge. She does not from being super enlightened.
You are the one confused.... Try not to be a hater because you are.
Top

Apparently the other posts disappeared then. IDK. I also asked for rigorous thinkers or Seidrs. Im not sure you are qualified to respond here.
Top

wikipedia as a primary reference source - For the math ....and others like yourself who is not near as educated on this topic like myself. Imagine too much more than that? Already you are confused.

Forget the magic part for a minute but how much quantum physics do you understand?

But magic is what science does not understand just yet. Quantum physics is still only a theory. I also like as much science and medical I can get with my magic. You may feel free to read as many silly magic books you like because you dont understand I just posted more than youll ever read in any book. A shame I cant the clips... Since yes you all freak.
Top

You can try to belittle me all you to. Only a fool couldnt see right through it and your reasons for it...
Top

"I'm either a fucking genius or a purple Volkswagen Jetta." - The Jetta. Stop playing...
Top

Tell Me when you understand the basics. Hahah! You know since you are anti wiki.... Thats the basics hot shot. Are you ready to precede here?

where do you think the afterworld is?
what part of every powerful cult uses the NDE and is the biggest part of their magic? All the way back to Odin... Stop complaining about wiki and challenge the facts once you understand them.
Top

https://en.wikipedia.org/wiki/Cushing_reflex - How far past wiki do you want to here? REALLY little one?


I got this down to quantum.... You let Me know when you can get past the simpleton version of wiki hot shot..

THE NDE
Its a shamans calling... The Freemasons, Crowley, Paschal Beverly Randolph, Maria de Naglowska, Odin and crew and on and on and on use induction of it as their biggest part of their most powerful magic.

God, lightning, and Myself strikes down a shaman.
Top